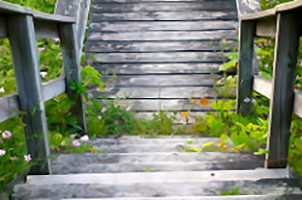 As you may already know, offering a retirement savings plan can help your business attract and retain employees, while making it easier for you to save for your own retirement. To support these objectives, business owners may want to consider adding a Roth option to their 401(k) plans. As the name suggests, the Roth 401(k) incorporates elements of both traditional 401(k) plans and Roth IRAs. Available since January 1, 2006, the Roth 401(k) allows employees to make Roth IRA-type contributions to 401(k) plans, but without the income restrictions and contribution limits that apply to Roth IRAs.

Contributions to a Roth account, whether it’s an IRA or a 401(k), are nondeductible; however, earnings accumulate tax free, and qualifying distributions are also tax free. The adjusted gross income (AGI) phase-out range for those considering making contributions to a Roth IRA is $116,000–$131,000 a year for single filers and heads of household filers and $183,000–$193,000 for married joint filers in 2015. Note that these income limits don’t apply to Roth 401(k)s. In addition, employees have the opportunity to save more money in a Roth 401(k) than in a Roth IRA.

Contributions to a Roth 401(k) are made through payroll deductions, rather than through separate arrangements with a bank or other financial institution. Because these plans are administered by employers, contributing to them may be more convenient for employees than opening an IRA. An employee who is currently contributing to a traditional 401(k) plan could, for example, simply opt to have contributions diverted to the Roth side of his or her plan.

However, matching contributions made by employers can only be invested in a traditional 401(k), not a Roth 401(k). This means that, even if employees make all of their contributions exclusively to the Roth side of their plan, they would still owe tax in retirement on withdrawals from funds contributed on a pretax basis by their employers.

The Roth 401(k), like the traditional 401(k), but unlike the Roth IRA, requires employees to begin taking distributions after the age of 70½. In addition, employees aren’t permitted to withdraw their money tax free until they have held the account for at least five years and are at least 59½ years old. These provisions could make the Roth 401(k) less attractive to employees nearing retirement age.

Adding a Roth option to your traditional 401(k) plan can enhance your benefits program to not only attract and retain a quality workforce, but also help build your own nest egg for retirement.

Distributed by Financial Media Exchange.Material in this publication is original or from published sources, and it is believed to be accurate. However, we do not guarantee the accuracy or timeliness of such information and assume no liability for any resulting damages. All expressions of opinion reflect the author’s judgment at the date of publication and are subject to change without notice in reaction to changing market conditions. The views expressed are those of the author and do not necessarily reflect those of Midwest Capital Advisors, LLC. This material is provided for general informational purposes only, and it is not to be construed as investment or financial advice or an offer, solicitation, recommendation or endorsement of any particular security, product or service. Readers are cautioned to consult their own tax and investment professionals with regard to their specific situations.

Are you interested in receiving occasional updates that offer wealth management and financial planning insights? MCA will not share your information.